According to Atmel, these new ATtiny microcontrollers run code six times faster than their closest competitor. 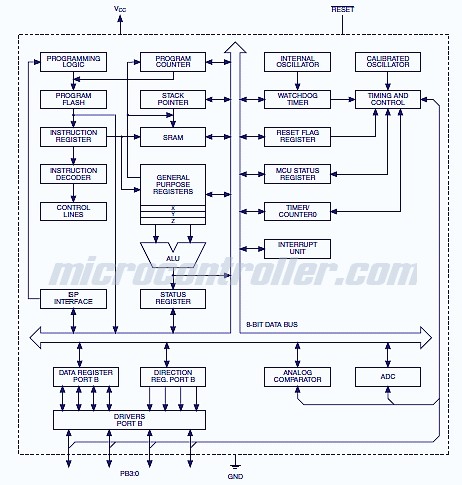 One low pin-count application example of these new Atmel ATtiny microcontroller is for lighting ballast applications. As the ADC converts data from an ambient light sensor, one PWM output drives the lamp to the appropriate brightness.

These Atmel ATtiny microcontrollers are manufactured using Atmel's proprietary 35K4 process. Introduced in 2002, this is an 0.35µ process with 0.25µ metal.

"The ATtiny10 was launched in April and we were overwhelmed by the rapid market acceptance and strong demand for this device, which is the smallest AVR microcontroller. It is clear that developers needed innovation in this market segment," said Jukka Eskelinen, Product Marketing Director, tinyAVR for Atmel Corporation. "Atmel is now expanding the offering with three new parts with different memory densities and feature sets. With more parts available, engineers can cost optimize their applications without sacrificing the features they need."

Availability and Pricing
Samples of the Atmel ATtiny4, ATtiny5, and ATtiny9 are available now. Pricing for 5K units start at US $0.34. 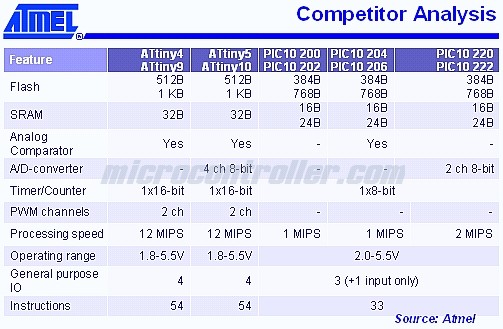 This Article has been seen 30796 times