Microchip today has announced the new MPLAB ICD 3 ®, a high-speed upgrade of the MPLAB ICD 2. 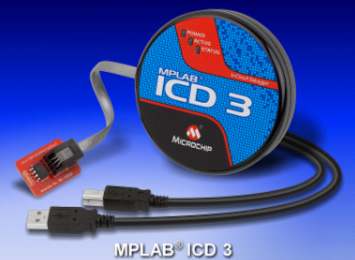 Microchip MPLAB ICD 3
The MPLAB ICD 3 supports in-circuit programming and debugging of all of Microchip's microcontrollers.  The new The MPLAB ICD 3 connects to the host PC via a USB 2.0 interface (backwards compatible to USB 1.1). The MPLAB ICD 3 offers full compatibility with the the previous MPLAB ICD 2, and takes full advantage of USB 2.0 to offer a very high speed debug and programming environment.

The MPLAB ICD 2 was introduced in November 2002 Since that time, nearly 200,000 have been shipped, making the ICD 2 the most popular development tool available from Microchip. The ICD 3 is fully compatible with the previous ICD2, and ICD 2 users of the ICD 2 will see virtually the same user interface.

The MPLAB ICD 3 maintains backward compatibility with the RJ-11 interface found on the ICD 2, allowing easy connection to customer target boards for prototype debugging and rapid device programming.  By providing the same development, programming, and debugging environment for all of Microchip's Flash-based microcontrollers, design engineers can easily move between Microchip's 500-strong PIC and dsPIC portfolios to find the best device for their application.

The below video was taken at the Embedded Systems Conference Boston 2008, with my handy LG Viewty videophone (which isn't as smooth as I'd like it to be): 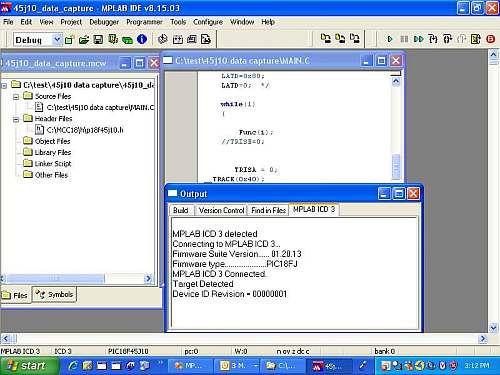 Microchip has also added a new feature to help novice users verify that the ICD 3 is operating properly. According to Derek Carlson, Vice President of Development Tools, “Included with every MPLAB ICD 3 is a Test Interface Module.  Together with the MPLAB IDE, the module is used to confirm that the software is installed correctly, the USB interface is functioning, and that the MPLAB ICD 3 probe unit and driver lines are working properly.”

This Article has been seen 24242 times