Remember the wild and wooly days of the semiconductor industry? When both specifications and expense accounts were loose?

Back, back, back in the day - the semiconductor industry was different. Leading-edge was everything, cores were different and competition was fierce. 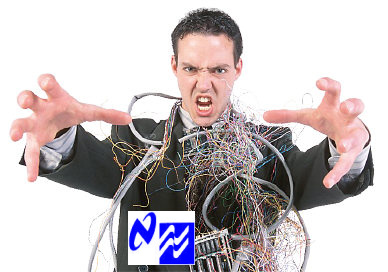 National Semiconductor FAE (typical)
All dollars depended upon the Mighty FAE. In 1989, I walked away from the cubicle life of a Design Engineer and went to work as a Field Applications Engineer at a semiconductor distributor called Time Electronics, located just north of Boston Massachusetts. My Dad, who owned his own hard-working sales rep firm in the NYC area was close to Time Electronics's management and I learned the first lesson of business - It's Who You Know.

Now, I've always said that learning the semiconductor industry as an FAE for a disti, is like learning medicine as a surgeon for a M*A*S*H unit. In the beginning I was Radar, but I became Hawkeye. I knew a few Frank Burns. It was fun - we worked hard, played harder. The salesmen enjoyed showing me the ropes; experienced salespeople love showing off what they know, and the Time guys were (mostly) the best.

Now, as an FAE, employed by Time Electronics, I was dedicated to the National Semiconductor product line. This meant that National was paying Time for part of my salary. It was also sort of a control thing.  But I also got to fly to Santa Clara for the annual National Semiconductor Field Applications Engineering Convention. In 1989 is was held at the Hyatt in Santa Clara, FAEs from all over the country world! Charlie Sporck, still the CEO, gave the opening address. It was an omen of things to come when Charlie emphasized, over and over, that we had to look for short-term opportunities.

Aside from the classes on serial interfaces, networking, Ethernet, the latest microcontrollers, etc. I had the honor to finally meet the late, great Abdul Aleaf. Abdul was a kind gentle soul, an apps engineer for National. I spoke to him often. When I started working for Time I had seen the COP8 in National's linecard and on one telephone call I asked Abdul, "What's a microcontroller?". His passing in 2012 was a loss for all of us - he was one of the greats in the microcontroller industry.

Classes, friendship, and beer. Lots of beer. And skits! The last day, we had skits and some of the National Semiconductor FAEs put on some real entertaining stuff. The life of an FAE is pretty brtual, There's a lot of satisfaction, and you also get the crap kicked out of you a lot. Usually it's your own factory doing the kicking. One of the skits best illustrated this with the following song:

There is a house in Silicon Town
they call the National One
It's been the ruin of many a poor boy
and Lord, I know I'm one

There is a lab San Jose
where they do their ISDN
And it's been the ruin of many a poor boy
and Lord, I know I'm one

There is a Fab in Arlington
they call the ASIC one
And it's been the ruin of many a poor boy
and Lord, I know I'm one

There is a chip in Telecom
they call the COMBO II
And it's been the ruin of many a poor boy
and Lord, I know I'm one

There is an Apps group somewhere near
run by some Manchester man
And it's been the ruin of many a poor boy
and Lord, I know I'm one

There is a MOLE in Micro-Control,
they call the hostile one
And it's been the ruin of many a poor boy
and Lord, I know I'm one

There was a group called 32K
we tried to tell them how
And it's been the ruin of many a poor boy
I guess they're sorry now.

The only thing my ATM needs
is a suitcase and a trunk
And the only time that he's satisfied
is in Cardiff, on a drunk!

Oh mother, go tell your children
Not to do what I have done
Spent your life in Silicon Town
working the National One

We've come back to Silicon Town
our song is almost done
We'll enjoy our days within that house
they call the National One!

If you were at the '89 convention and know who wrote this song, please let me know!

This Article has been seen 22422 times