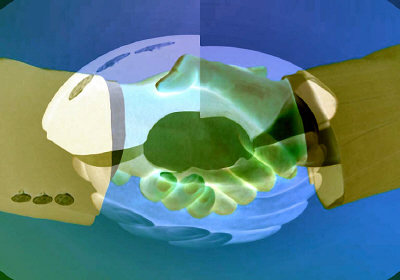 IXYS has announced it's intention to purchase legacy microcontroller manufacturer Zilog. IXYS purchase price for Zilog is reported to be a low $62.4 million. The aquisition is subject to the approval of Zilog's shareholders and other customary conditions. The companies expect the aquisition to be completed during the quarter ending March 31, 2010.

While Zilog initially announced the deal as a merger, IXYS has announced this as an aquisition. IXYS is paying only $3.5858 per share of Zilog stock, for a total deal of $62.4 million. In 2008, IXYS had offered $4.50 a share ($78 Million) but was rejected by Zilog's board, allegedly because IXYS had not offered enough incentive to Zilog's officers

Zilog has a portfolio of some of the most technically impressive 8- and 16-bit microcontrollers available. However, while sales of 8-bit Flash microcontrollers remain strong worldwide, since Zilog's management change in 2007 the company has seen a 70% reduction in workforce and have struggled to maintain declining Zilog 8-bit microcontroller sales. A failed attempt at producing 32-bit ARM microcontrollers resulted in the complete Zilog 32-bit ARM product line being sold off to Maxim Integrated Products earlier this year. Zilog's total sales and marketing employees in the USA number less than 15.

As of March 31, 2009, IXYS employed 64 people in sales, marketing, and customer support. IXYS external sales includes 37 Sales Representatives and 11 distributors in the USA. IXYS boasts 125 sales representative organizations and distributors outside the USA. IXYS sales have consistantly been a fair half direct-sales, and half through distribution. IXYS employs approximately 943 employees worldwide.

For IXYS's fiscal year ending March 31, 2009, net revenues were $273.5 Million. Sales have been consistant and the company has been relatively unaffected by the global recession.

If Zilog can get their documentation and quality issues under control, IXYS brings a very strong sales channel to an excellent microcontroller product line.

This Article has been seen 17823 times