A former AOL employee who had access to AOL's email list, used his insider position to sell millions of email addresses to spammers.

Jason Smathers, 25 year old former America Online (AOL) employee, was sentenced to 15 months in federal prison today for using his insider position at AOL to harvest millions of AOL email addresses, and then selling them to a spammer for $28,000. 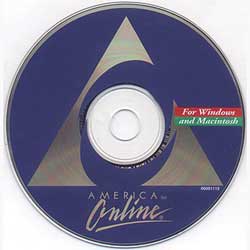 Smathers pleaded guilty last February in a Manhattan federal court to selling 92 million AOL screen names to a spammer. Charges included conspiracy and interstate trafficking of stolen property. He was paid $28,000 by an Internet marketer for the names, which were taken from AOL's database of 30 million subscribers at the time. Under federal statutes he could have gotten as much as two years in prison.

"People use e-mail as a primary measure of communication these days," stated U.S. District Judge Alvin Hellerstein. "Companies need to preserve the integrity of the information they have."

In a letter to judge Hellerstein, Smathers pleaded for leniency. He described himself as "an outlaw" in the "new frontier" of cyberspace.

Prosecutor David Siegal told the judge "the Internet is not lawless." He estimated that AOL suffered a loss of 10 cents for every 1,000 spam e-mails sent to subscribers.

For years, new members to AOL have noticed that they have received spam almost immediately and before providing their email addresses to anyone. Industry insiders have long suspected that an AOL employee had been selling email addresses to spammers. Microsoft's Hotmail has long suffered the same fate.

Smathers will surrender to a prison in Pensacola, Florida on September 19.

This Article has been seen 15486 times