Freescale Semiconductor Bought Out by Blackstone for $17.6 Billion

Freescale Semiconductor Bought Out for $17.6B

On Friday, September 18, several private equity firms led by The Blackstone Group have agreed to buy Freescale Semiconductor for a record-breaking asking price of $17.6B. Freescale's board of directors unanimously approved the deal. The buyout must be approved by Freescale's shareholders and regulatory agencies. 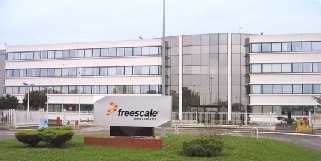 Freescale Semiconductor, formerly known as Motorola Semiconductor, was spun off by Motorola Inc in December 2004 after months of denials. Freescale had been losing money prior to the spin-off but has since become profitable. After the spin off, Freescale cut 1,350 employees and sold a wafer fab in Tianjin, China to SMIC. In 2005, Freescale cut 430 manufacturing jobs and 260 non-manufacturing jobs. Freescale has also discontinued some low-profit product lines.

Freescale Semiconductor is a major supplier of Automotive, networking, and wireless communications semiconductors. While Freescale is presently a leading microcontroller supplier, with the exception of Automotive they have ceded dominance of the 8-bit marketplace to Microchip, and their dominance as the lead Automotive chip supplier is being threatened by ST Microelectronics (editor's note: I helped spearhead ST's first microcontroller market penetration).

The Terms
Blackstone Group LP lead the buyout deal, along with Texas Pacific Group of Fort Worth, Texas, The Carlyle Group of Washington and Permira Advisors LLP of London. The investors will be paying $40 a share, 30% above the stock's asking price.

Bidding for Freescale's board solicited buyout had been fierce. Others in the fray included Kohlberg Kravis Roberts & Co, featured in the movie "Barbarians at the Gate", and Silver Lake Partners.

Freescale's board may continue to solicit bids for the Company for the next 50 days; however, if Freescale's shareholders do not agree to go through with the Blackstone buyout, it will be forced to pay a $300M deal break-up fee.

While is appears that the investment group will structure the buyout with a combination of private equity and borrowed funds, it's clear that Freescale will be saddled with significant debt.

It's my analysis that Freescale will have no option but to streamline it's bureaucracy as well as obsolete more older, low margin and niche products. It's also my guess that Freescale might sell off a combination of it's analog product lines. Profitable possibilities include the power management, RF, and infrared products, or even their power amplifiers. Possible wafer fabs that could be sold off are the East Kilbride and Tempe fabs, with the East Kilbride RF fab being the most vulnerable to a sale. This would allow Freescale to focus more carefully on their more successful market segments and digital products.

Freescale Semiconductor Bought Out by Blackstone for $17.6 Billion

This Article has been seen 39674 times