Ultra-Low Power MSP430F20xx 16-bit Flash MCUs from Texas Instruments will expand with 50 new devices through end of 2006. New features include 20-bits of addressing and even lower power. 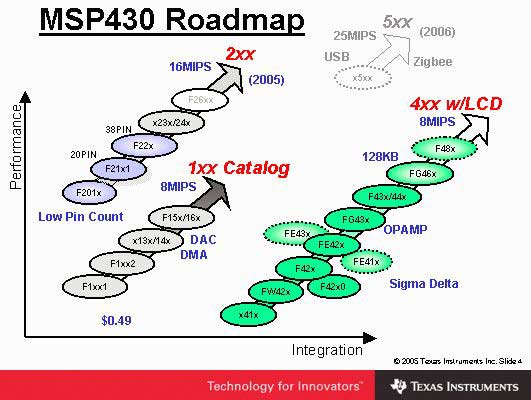 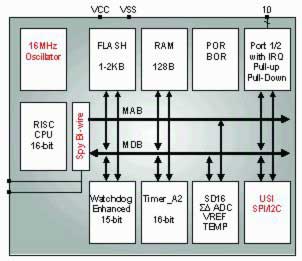 MSP430F20xx Block Diagram
In Q4 2005 TI will introduce the new MSP43FG46xx family with a 1MB memory and extended instructions. The first device, the MSP430FG4619, will have 120kB of embedded flash and a complete signal chain on chip (SCoC), targeting applications that require the high integration and large memory such as portable medical devices.

Also planned for 2006 are devices supporting the new 802.15.4/Zigbee standard. The solution will be a single-chip solution with an RF front end.

The new MSP430 microcontrollers will be showcased November and December at the MSP430 Advanced Technical Conference (ATC), a 2 ½ day event for all MSP430 MCU developers.  The ATC is held in  in Dallas, Texas, Munich, Germany, Taiwan as well as China.

This Article has been seen 22507 times